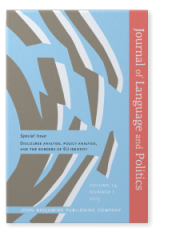 What is worth remembering:

This paper examines the changes in political language that occurred after 1989 in Italy and focuses on textual documents drafted by intra-party subgroups between 1946 and 2010 that were related to the internal debates of Italian political parties. These documents, which are addressed to party members and activists rather than the wider public, have been analyzed through quantitative text analysis of word frequencies. The results confirm that a few relevant changes occurred that involve the lexicon, tone, and content of messages. However, concepts such as left and right are still relevant, and we observed neither a strong decline in the use of ideological terms nor a wider usage of populist words. Despite the growing personalization of politics, the main political leaders are not frequently mentioned, with two exceptions: Prodi and Berlusconi. Overall, there is a distance between intra-party politics and the logic of entertainment.